WowKidz entering into the musical world of Spanish 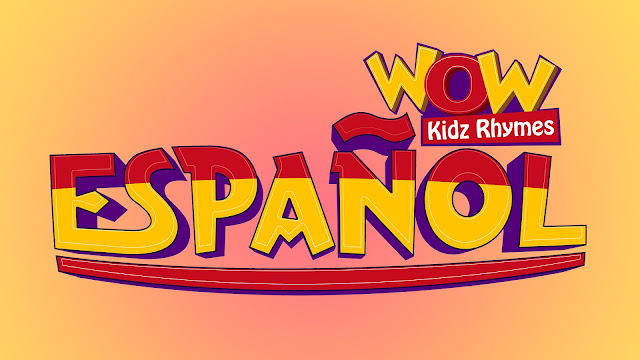 The music of Spain has a long history. It has played an important role in the development of Western music and has greatly influenced Latin American music. Spanish music is often associated with traditional styles such as flamenco and classical guitar. While these forms of music are common, there are many different traditional music and dance styles across the regions.

After a successful journey of Wowkidz Rhymes, we WowKidz are trying to enter into the musical world of Spanish through our new channel “WowKidz Espanol”. WowKidz Espanol is a youtube channel which consists of all the learning videos such as nursery rhymes, songs for children in the Spanish language. Our popular IP’s “Motu Patlu” and “Vir The Robot Boy” has been appreciated worldwide for their the various popular nursery rhymes such as “Jack N Jill”, “Humpty Dumpty”, “Rain Rain Go Away” etc. Our aim is to educate each and every child in an entertaining way. We at WowKidz are working round the clock to entertain our audience. We wish to entertain you all as much as we can and hope you all will shower your good wishes and support to our new channel WowKidz Espanol as you have done in past for all our other channels.
Posted by Wow Kidz at 02:54 1 comment:

Ramadan- The Holy month of fasting and feasting 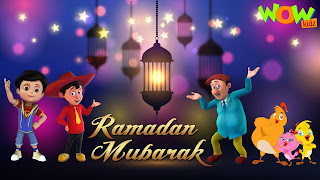 This year, the month of Ramadan is being observed by Muslims all over the world from 17th May to 15th June. It is a holy month dedicated to prayers, introspection and fasting during the sunlight hours. It is the month on the Islamic calendar in which Prophet Muhammad is said to have revealed the Holy Qu'ran - to the Muslims.

During this month, as Muslims deal with hunger and thirst, they are reminded of the daily sufferings of those who are less fortunate. Muslims use this time to reflect on their lives and contemplate how they can cultivate healthy habits throughout the rest of the year and do away with any bad habits. During the month of Ramadan, Muslims pledge not to tell lies, gossip, or be greedy.
It is also a time for charity and participation in family and community gatherings to strengthen bonds. Aid organizations, charities, and mosques often offer free meals to the public during the non-fasting hours.

During Ramadan, only 2 meals are consumed - one in the early morning called the “Suhoor” and the other post-sunset, called “Iftar”. It is a great opportunity for families to gather and spend time together whilst preparing and having meals. During Ramadan, Muslims make an extra effort to go and see their loved ones.

At the end of Ramadan, comes the grand and joyous celebration of Eid ul-Fitr lasting for 3 days. On the first day, everyone puts on new clothes to visit the mosque, which is followed by a feast with friends and family.

For a happy and fulfilling Ramadan:

- Turn off the television. Focus that energy in having interactions with loved ones and inculcating good habits.
- Eat moderately. Develop healthy eating habits, feel grateful for the food you eat and empathize with the poor.
- Use social media wisely. Spend less time on the Internet.
- Pray more.

We can use this month for self-improvement, to feel grateful for the life that we live and support and love each other.

A family by definition goes like “a group of people who are related to each other”, but it is more than that. It is a meaningful connection: an experience in itself. It is an incredible and an unbreakable bond—created by mothers, fathers, sisters, brothers and others. The feeling of being part of a family gives you the comfort in a world of uncertainty. 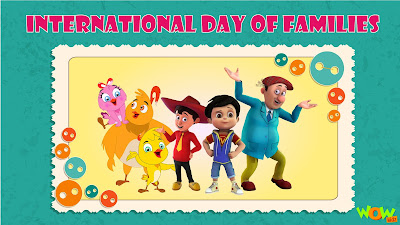 As it happens to be the only relationship in one’s life that one doesn’t get to choose at birth, it is considered as “God's gift”. That being said, it becomes the most important heartfelt and pure relationship that one must hold on to.

I remember my cousin who once did a project on designing his family tree. The concept of making a family tree is quite old, but people still do it to keep the posterity updated about who their ancestors were (lineage) and it also helps them trace their genetically inherent qualities. Family trees are often presented with the oldest generations at the top and the newer generations at the bottom. So, my cousin was able to trace and jot down his previous four generations but couldn’t go beyond that because of lack of available data.

Extending this concept of a family tree, in reality, we all are like the branches of a big tree whose roots are much deeper than we think they would be.
I recall a phrase from the Upanishads which means “The World is one family”( Vasudhaiva Kutumbakam).  One may wonder how their small family can possibly have an impact on the entire world, but one fails to realize that this tiny representation is what the world is made of. Everyone is blessed with their own unique families and peace in this world does begin with peace at home. The home is where certain eternal qualities and values can be inculcated with culture and education. Every family has its own set of values, norms and beliefs which it passes on to or shares with the immediate smaller families and this in a way represents a network of families which we call a social circle or “society”.

A family network might not necessarily be the ones with blood relations. The bond can also be of friendship, love and care. It is the people who matter who care for you and accept you. The ones who do anything to see you smile & love you no matter what, in a way become part of your family. The world consists of various such dynamic families and in-turn with this network the whole world becomes one big family. We are all a part of different families but we go through the same emotions with them. That’s what makes us one.

Today, at the time, where there is always a fear existing among people be with respect to the tensions across territories or the possible inter-community feuds, the world needs love in huge quantity. Only then can we end the existing animosity among our fellow beings.

As a start, in our homes, we could celebrate with the people in our immediate environment – a.k.a. our family on this International Family Day.  Let’s become a true representation of happiness and set a fine example for this world.

So this International family day, I have listed down few pointers, which each one of us should try doing.
1) Appreciate your family: Say Thanks to them for being with you, during your happy and sad times
2) Have at least one meal a day together with your family
3) Discuss your joys , share your happiness and find reasons to celebrate with them. Let them know what you feel about them
4) Plan that family trip that you had been postponing because of your tight work schedule
5) If not possible to meet them physically, call them or drop a text. Don’t think too much if you haven’t spoken to them of late. It’s never too late to begin.

“Family isn’t just anything. It’s everything.”